What is “Toulon Opera House”?

Toulon Opera House was inaugurated in 1862 and was at the time the largest opera house in France with a main room of 1 797 seats. The Garnier Opera in Paris opened in 1875, meaning 13 years after Toulon’s, and with a capacity of 100 extra seats only!

Toulon Opera House was built in a typical French Second Empire style and has a Historic Monument classification since 1992. The visitors can observe many interesting details on the building like geometrical friezes, an example of Byzantine-inspired craftsmanship fashionable at that time.

But the highlight of the visit is the main hall with its incredible ceiling: The painter Louis Duveau represented no less than 123 characters from Mythology and Theater on this 15 meters’ diameter surface. It is a delight to hear about its achievement from the red coated seats! 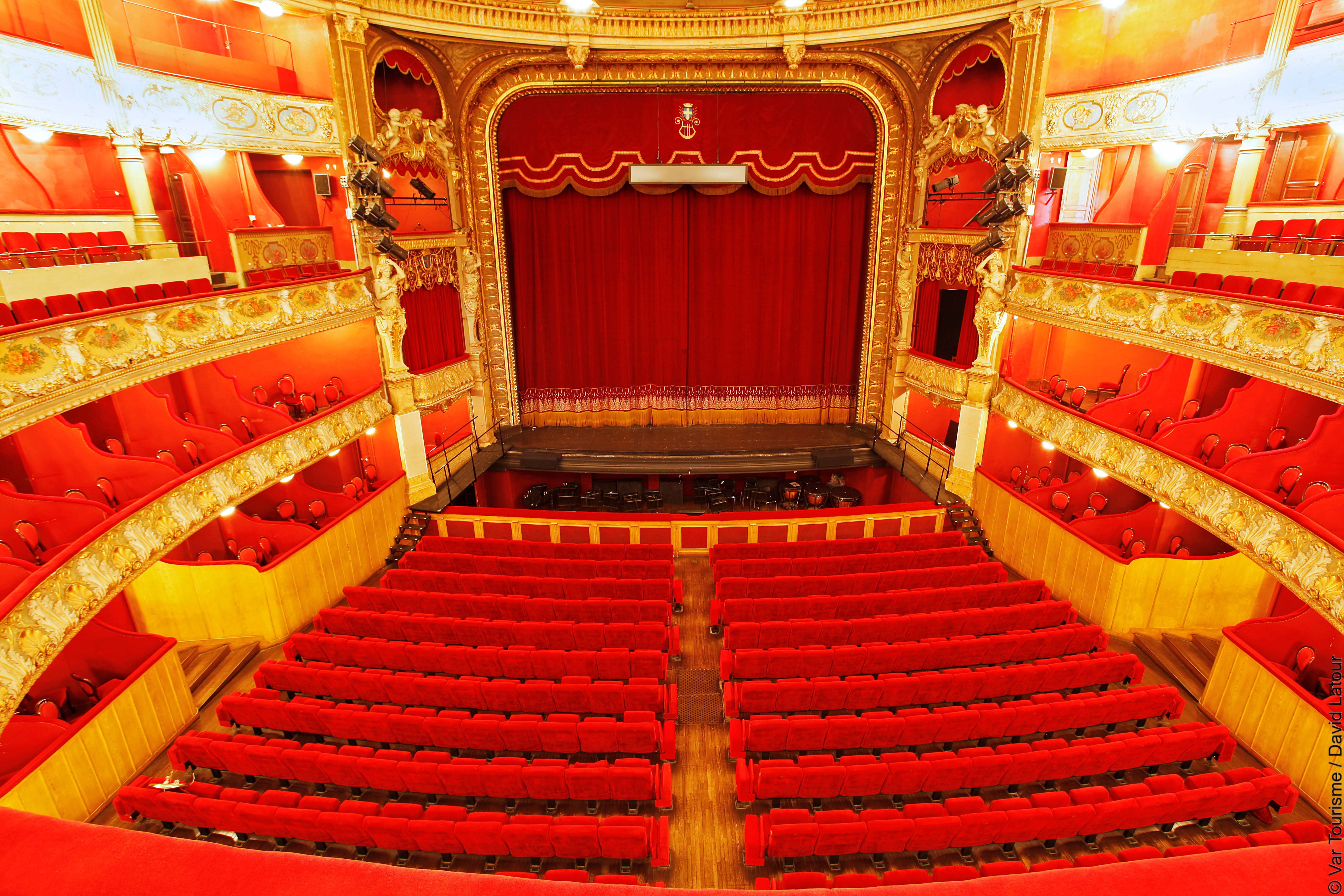 Besides its impressive ceiling and architecture, the opera house has 2 terraces with fantastic views over the old city-center of Toulon.

The magnificent “Campra Foyer”, which is now a concert hall, features 3 original Second Empirestyle chandeliers. It reminds us that, in the late 19th century, Toulon Opera House was on the leading edge as the light and heater worked with gas.