What is the “Royale Tower”?

The Royale Tower, also called “the large tower”, is the symbol of Toulon’s maritime past and has a Historic Monument classification since 1947. The tower was built in early 1600’s and was named after King Louis XII who asked for its construction. Strongly defended by cannons, the Royale Tower was the first military fort built in Toulon to protect the bay against maritime assaults.

Toulon Royale Tower has a passionate history. It was a fort, but also a shelter for protestant families during the 16th century French religious war, a prison for revolutionaries and political prisoners, a place to hide the money of the National Bank during the insurrection of Paris in 1871, and a German weapon storage during the WW2!

The architect of the fort, Gian-Antonio della Porta, got inspired by the circular-shaped towers from Italy (the “Torrioni”), very popular in the 16th century. The fort is a great architectural accomplishment as the structure is divided in two parts: one was built on water, and the other was built into the rocks. The walls of the tower can be 7-meter thick! From the terrace, the visitors have a panoramic view over the Bay of Toulon

The Royale Tower is surrounded by a nice park and a sandy beach. 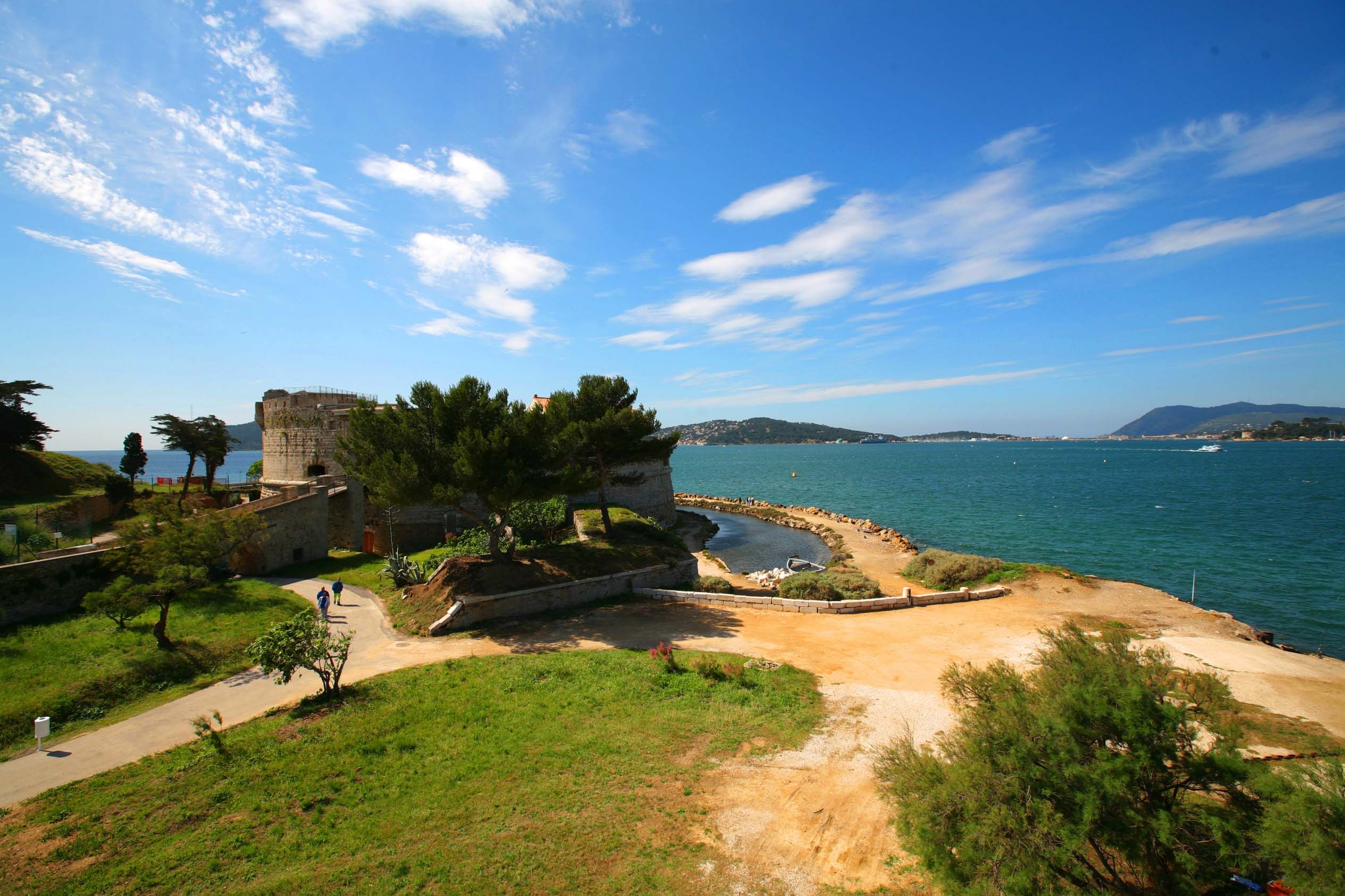