Home Experience Var Provence Not to be Missed Bandol Coastline 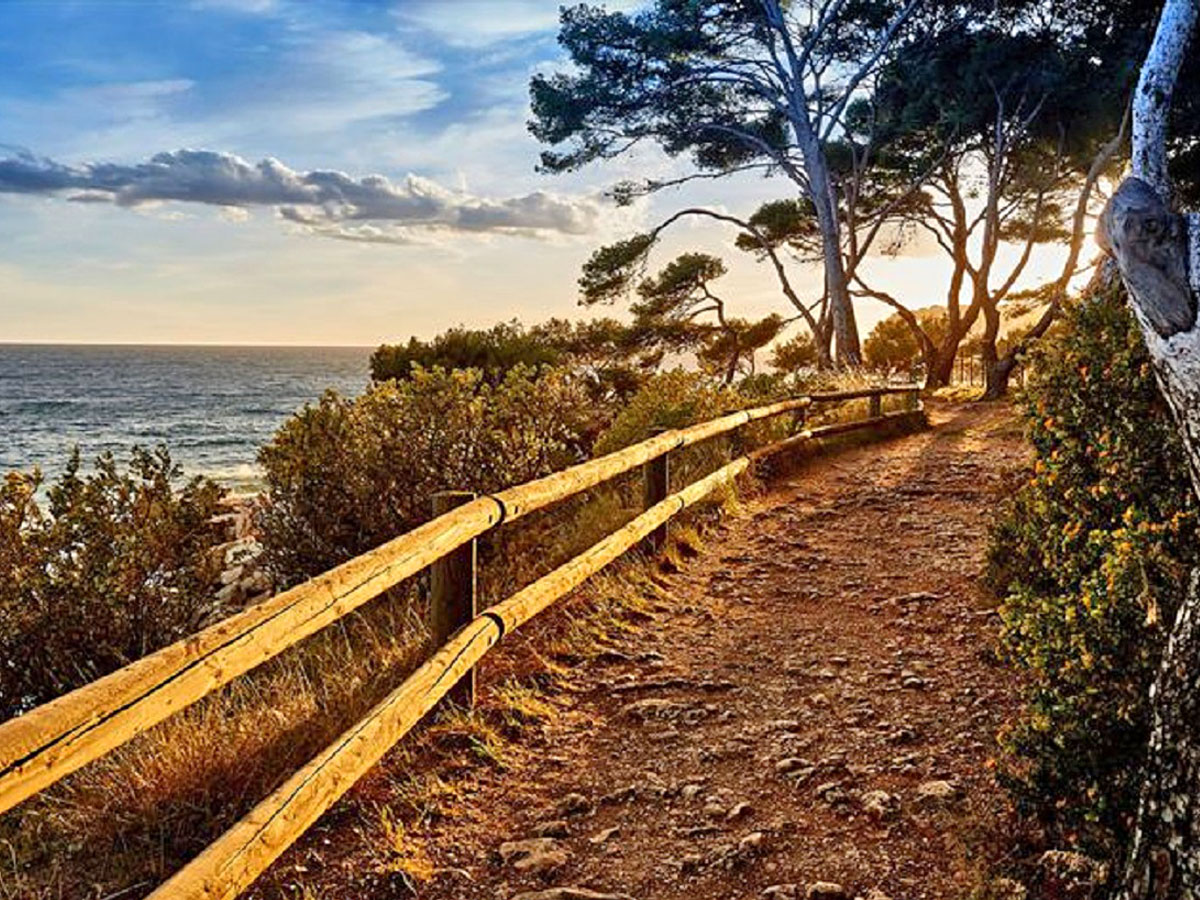 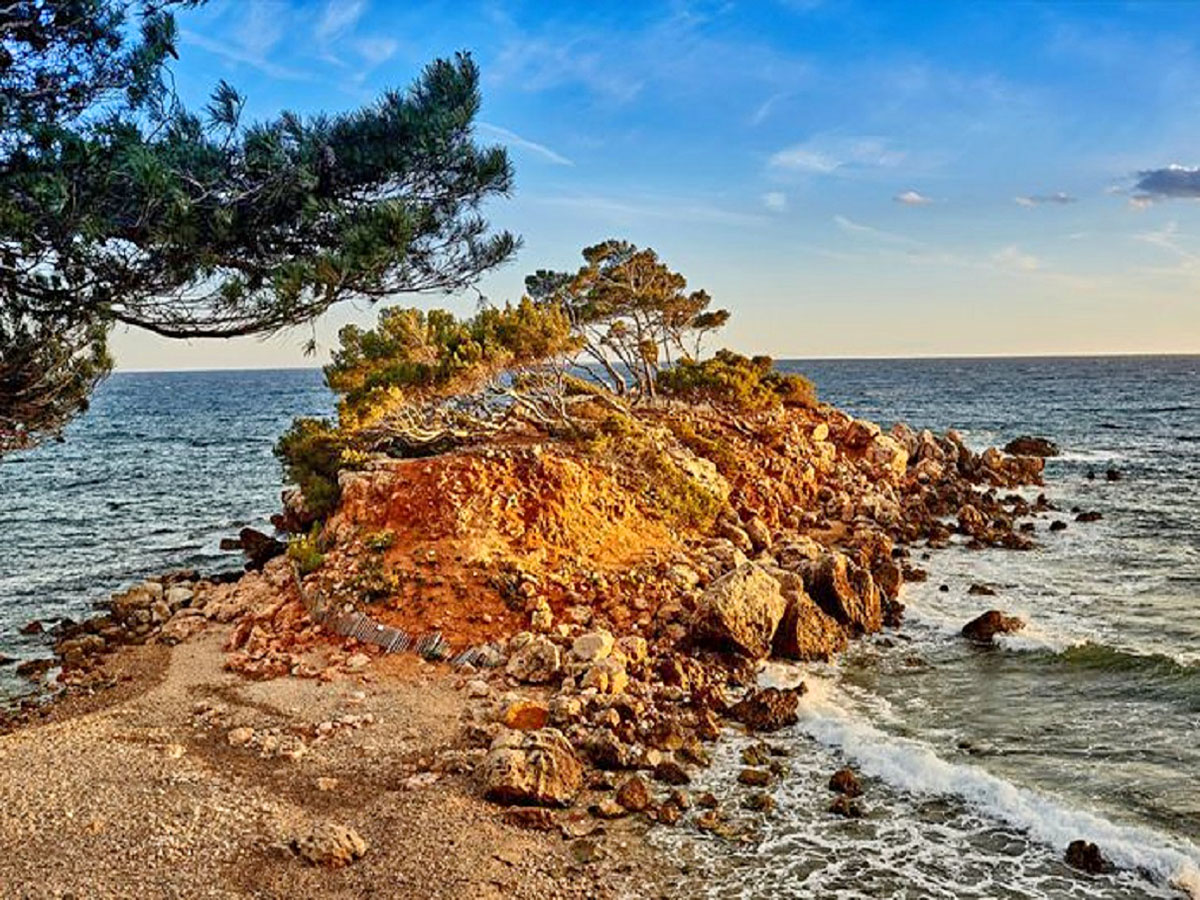 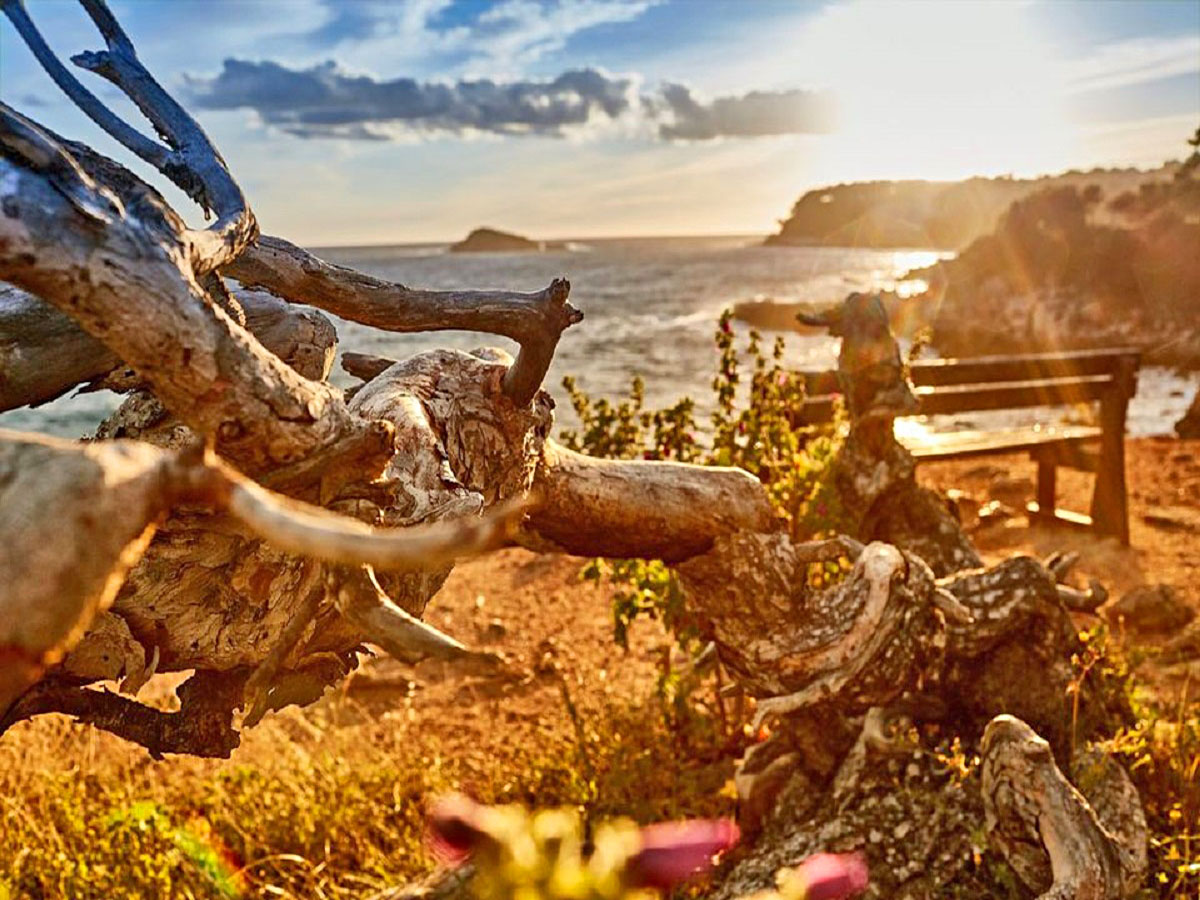 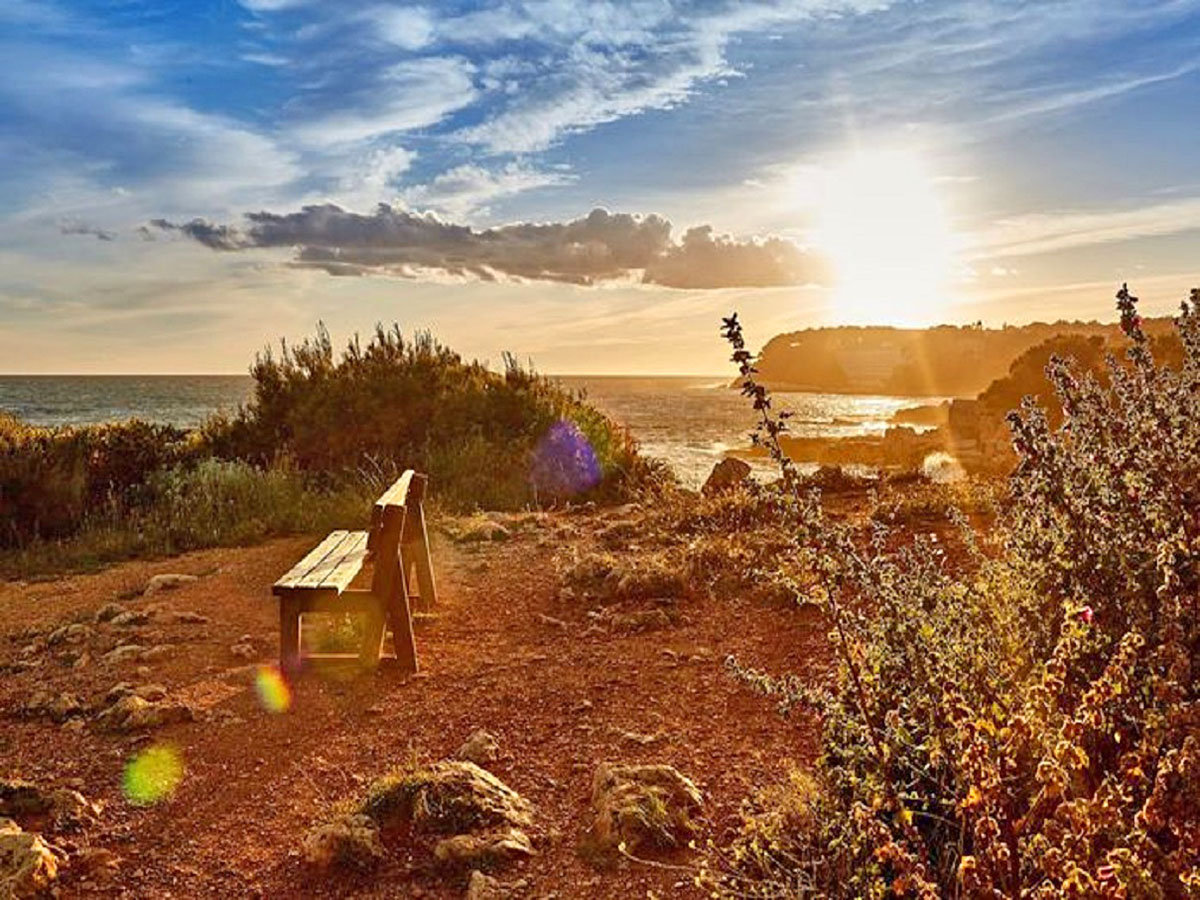 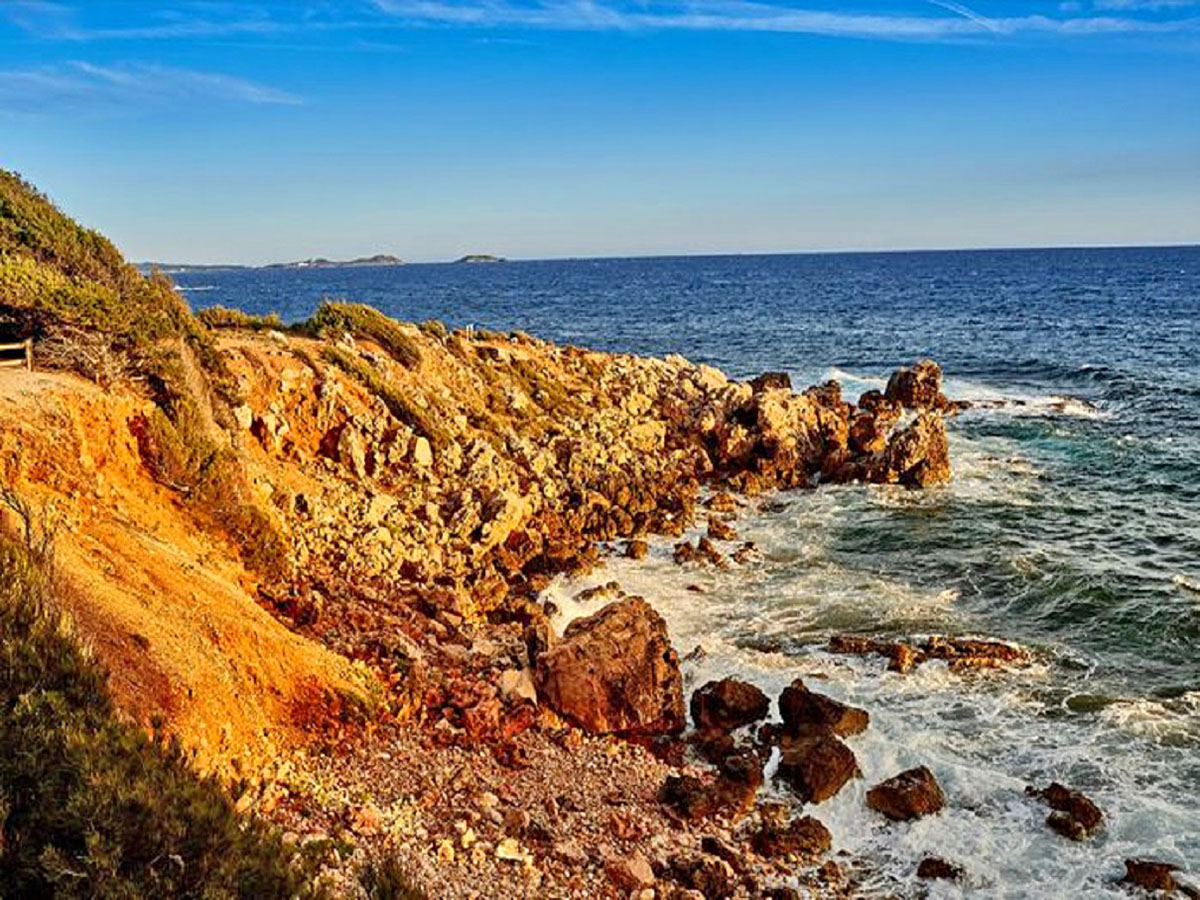 This coastline is a pure gem to discover!
But be careful, this isn't a loop.
Our Tourist Office will give you the bus timetable between Bandol and Les Lecques to come back and so avoid another 8 hours walk for 8 hours.
Shoes, hat, water, snack to put in the bag…

This Coastline is partly closed due to a Municipal Law since August, 1 - 2017:
No access between Pointe Grenier & Pointe Fauconnière at the present time.

Due to a risk of falling rocks, and for security reasons, the Coastline remains closed between Pointe Grenier & Pointe Fauconnière since august 2017.
It will be reopened as soon as an alternate route will be created.
Please bear in mind to always follow & respect the coastline signs for your safety.

This coastline is a pure gem to discover!
But be careful, this isn't a loop.
Our Tourist Office will give you the bus timetable between Bandol and Les Lecques to come back and so avoid another 8 hours walk for 8 hours.
Shoes, hat, water, snack to put in the bag…

This Coastline is partly closed due to a Municipal Law since August, 1 - 2017:
No access between Pointe Grenier & Pointe Fauconnière at the present time.


Be careful : bad weather conditions can make the path very dangerous and some parts might be closed for security reasons.


From the port of Bandol to the Engraviers


Leaving the Tourist Information Office, walk along the port towards the West. Go around the Stadium and cross the parking on the edge of the beach.The Castle Cliff is on your right and you can observe a “poudingue” composed of basalt balls, which is a vestige of volcanic eruptions from Evenossituated at 9 km.
The path leading to the beach presents characteristic erosion which alternates intended points and giant pots. One of them has been developed artificially into a rectangular pool, called “Trou de Madame”. The legend says that this pool has been created for the Lady of the Manor, who was living in the Castle, so that she could enjoy her swim in the sea. However, it was most likely a fish pond.

Cross the Renecros beach right to the stairs, go along the former Splendid Hotel, and meet Maréchal Foch Avenue, and then Albert 1er Avenue. Languedoc Street follows the tennis courts, passing under Alep Pine Trees, inclined by the wind.
Maritime Crithme and Arborescent Lucerne coexist in a total harmony side by side. Important erosion is visible on the coast. The hiker will find a panoramic viewpoint and benches at Encanet Point. Plant protection operations of the eroded zones were made with “endemic plants”: Maritime Cinaires, junipers, samphire.You arrive at Capélan Peninsula.The path gets larger and becomes suitable for vehicles.


You may notice the root system networks of the Alep Pine Trees.You have to go through Athéna Residence to reach Engraviers beach. At point A, you have a beauiful view on Ile Rousse, the reproduction place for the avifauna. The Calanques de Cassis, Ile de Riou, Calsereigne, the Bec de l’Aigle and La Ciotat.There is an information sign at the border between Bandol and St-Cyr.

The path goes through a shady forest, it is quite easy except for some climb parts.There are beautiful Alep Pine Trees anemomorphosis (witch sweeper). In the clearest parts of the undergrowth, you can observe heather, « lentisque », « smilax », Kermes Oaks, cistus, junipers, filarias. From Engraviers Point to the Moutte Bay, the path follows the estate of Dolce de Frégate which is composed of a famous vineyard and a 18 hole golf course (for security reasons you can’t go inside the property).

there is a magnificent sea view on La Galère, with its famous rock in shape of a submarine. The color of the water varies according to the bedrock cover: sand, sea grass bed (Posidonia) or rocks.The access to the Moutte Bay and the site of la Galère are forbidden by law (order n°2001-05-777).

to Port d’Alon (at the point E), the path continues on a trail. Be careful at the crossroads.The calanque of Port d’Alon has been acquired by the Littoral Conservatory. Seen from the sky, it is a double creek in shape of a heart.There is a very strong contrast between the coastal edge, which is extremely dry, and the vegetative area which immediately appears along the trail.You can access to the little pretty beach by the road. (Charged parking on week-ends from Easter to June and every day in July and August).There is a snack bar; an emergency call box is in operation 24 hours all year long.

the natural site of the Defend starts. In the gardens, which border this well-maintained path, you can note the presence of Agaves and Prickly Pear Trees.

there is a viewpoint on the Moutte Bay to the East.

On the other side, just after the Defend Point at point G :

there is a superb perspective on La Ciotat Bay, which goes until the Bec de l’Aigle.After the vegetative tunnel in the pine forest, you can see Lucerne, Arroche Haline (Sea Purslane), junipers.The path leads to The Baie des nations at point I.


From the point I

the path is forbidden in case of bad weather (order n°200108920). In the heart of the bay, you can admire the beach andthe Resquilladou Peninsula.
There is a view on the Bandol vineyards (Private Property of Pin du Midi).The Domaine de la Nartette is theproperty of the Littoral Conservatory. The Domain ensures, in addition to producing an AOC wine, the conservation of the local and traditional varieties of grapes.

After the point J :

you can note significant erosion (Cargneulerelief). From the Fauconnière Point to the Grenier Point, the path is forbidden in case of rainy of stormy weather (order n°200108920).
Once again, the cliffs are inhabited by couple of peregrine falcons.

there is a beautiful lookout on the Grenier Point.

be very careful because the passage is very narrow and steep, we advise you to use the hand trail.

there is an information sign about the various occupations and resources of the site over the years: gypsum quarry for plaster, military site, and spring. The path ends at the little portand hamlet of La Madrague.